The St Quintin and Woodlands Neighbourhood Forum was established in 2013 and went on to prepare a Neighbourhood Plan  for the part of North Kensington shown in the map below.

The local referendum on the Plan was held on February 25th 2016.  The plan was supported by 92% of the electorate in the area, on a 23% turnout.  RB Kensington and Chelsea has since that date used the policies in the StQW Plan when deciding planning applications in the defined neighbourhood area.

If you are submitting a planning application, or are an architect working on an application in the StQW neighbourhood, you need to check the policies in the Plan.  A copy can be downloaded from the RBKC website.

The updated RBKC Local Plan adopted in 2019 includes references where necessary to the StQW Neighbourhood Plan.  The chapter of the Local Plan on ‘Fostering Vitality’  covering shopping parades and Employment Zones explains that the StQW neighbourhood has its own policies which differ from those in the rest of the Borough.   The Neighbourhood Plan also designates three Local Green Spaces, and allocates certain sites in the neighbourhood for housing use.

RBKC conservation policies are also varied on certain issues, as explained in the StQW Plan. 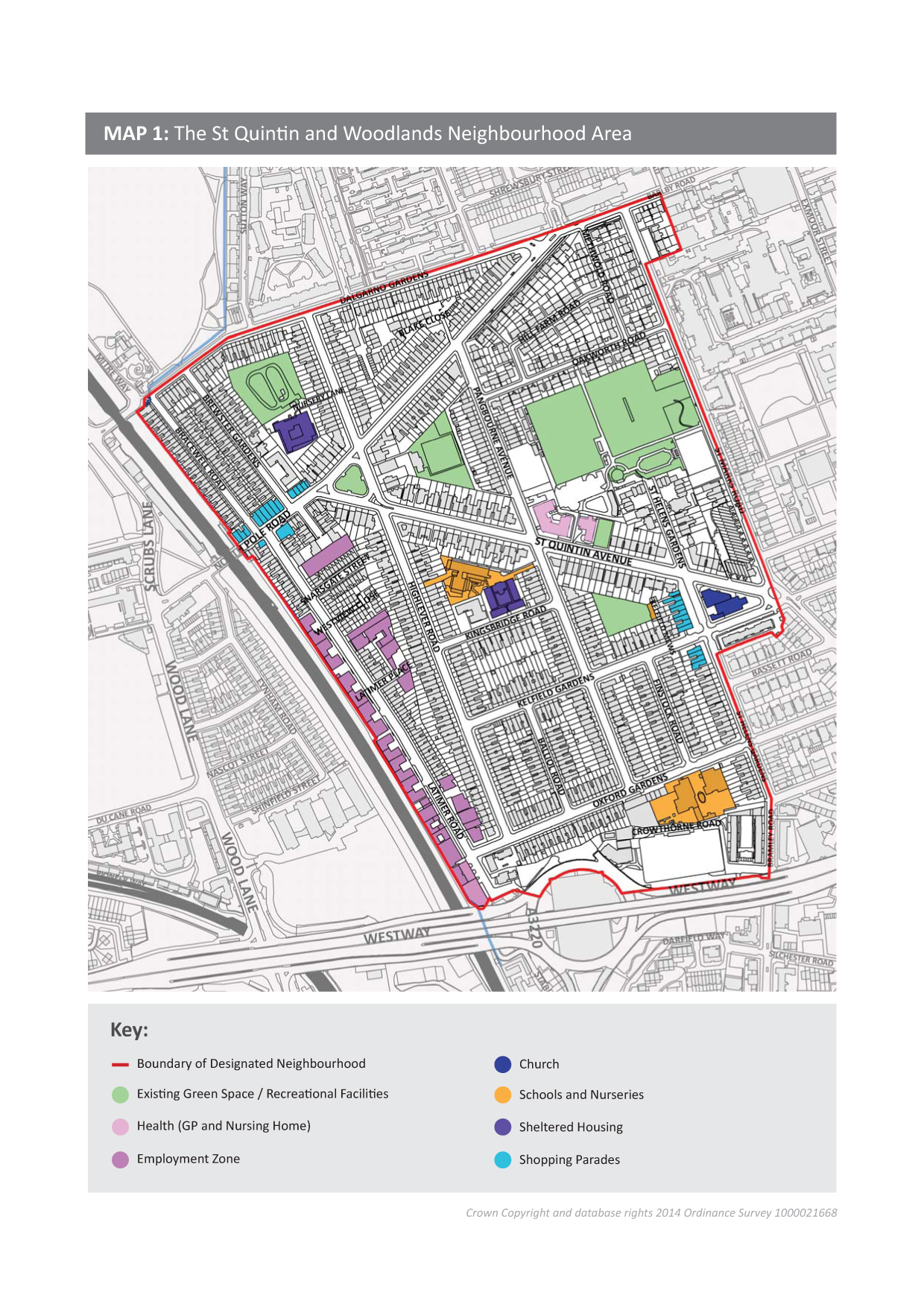 In 2022/3 the Council has been consulting on a new Draft Local Plan.  The near final ‘Regulation 19 Draft Plan’ continues to support the two neighbourhood plans in the Borough (StQW and that for Norland ward).   The new Local Plan is due to be examined by a Planning Inspector in the first half of 2023, prior to adoption.

The RBKC website has information on the StQW Plan.  This includes all the supporting documents which were required for the independent examination of the Draft Plan in 2016 (the Consultation Statement and Basic Conditions Statement).

There are now 26 adopted neighbourhood plans in areas across London.  Neighbourhood plans are now part of the day to day decision making on new development in these parts of the city.  For more information on neighbourhood planning in London, the best place to look is at http://www.neighbourhoodplanners.london/.   StQW plays an active part in this London-wide network.

Across England, there are over 2900 neighbourhood plans which have been successful at referendum and are in force.  These plans are less common in big cities as compared to areas with parish councils.

Please contact us at sthelensassn@aol.com if you would like more background, or if you live or work in the neighbourhood and would like to join the StQW Forum and St Helens Residents Association.  Membership is free.

We meet three or four times a year at St Helens Church Hall or sometimes on Zoom, and a monthly newsletter is circulated to members.